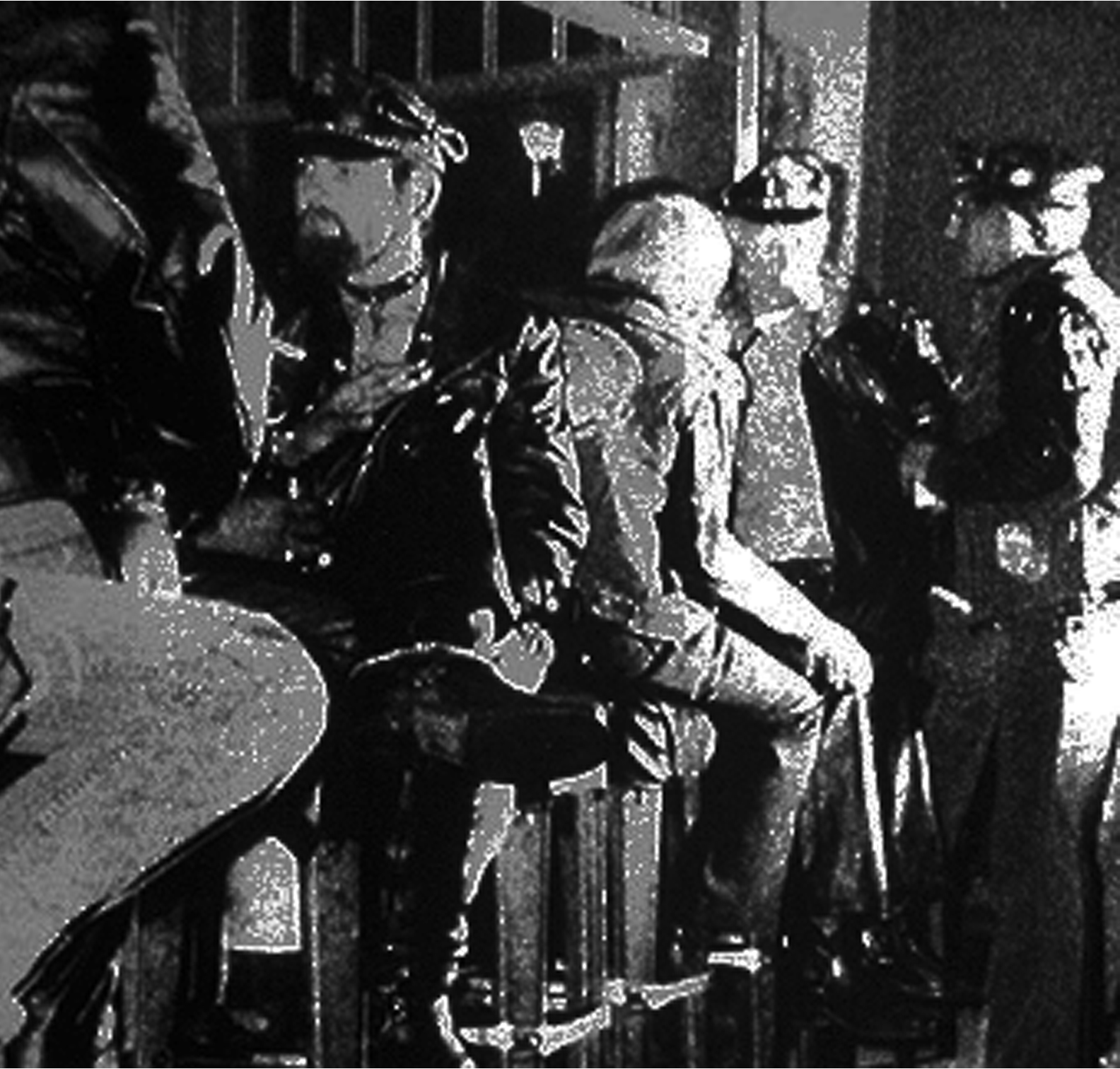 Imagine it’s 1935 and you’re in Ames, Iowa, or Charleston, South Carolina, or Piscataway, New Jersey, or Bend, Oregon, and you’re gay. And not just gay, but you have fantasies of bondage and domination. No doubt, your life is going to be a lonely, miserable hell. But so much changed during the Second World War, where men enlisted in the armed forces and were crowded into barracks and onto troop ships. The displacement of the war allowed these men to find each other for the first time. When the conflict ended, many of them chose not to go back to the farm, but stayed on in the cities in which they were discharged: San Francisco, Los Angeles, San Diego, Seattle, New York, Chicago, Denver, Washington, DC. They bought motorcycles, which provided affordable transportation and independence, and formed clubs to go riding. In 1953, Marlon Brando’s portrayal of a biker, with his leather jacket, boots, and military-style cover, provided them with a code and an iconography to make it easier to find each other. In big cities, they had their own bars—the Gold Coast, the Tool Box, and the  Eagle’s Nest. Artists such as Tom of Finland, Etienne, and Rex, showed them idealized versions of themselves and the men they desired. Stonewall and the Gay Liberation movement brought forth the radical notion that not only was there nothing wrong with men having sex with each other, but it was a good thing. Drummer Magazine brought stories, photographs, artwork, advice columns, and personal ads into print, delivering the message that “you are not alone.”

In the 1980s and 1990s, lesbians who were exploring different ways that women could love women, ways that ran counter to some aspects of feminism, created and joined organizations such as Samois in San Francisco and the Lesbian Sex Mafia in New York City.

Then, in the 1993 March on Washington for Lesbian and Gay Civil Rights and Liberation, leather community activists demanded, fought for, and won—in spite of fierce opposition—the right for all of us to march behind our own banner, visible and proud of who we were and what we did for fun.

In the 1990s, leather clubs and organizations sprang up all across the country. Every weekend of the year was some club run, play party, or similar gathering. A send-up of a beauty pageant first held in a Chicago bathhouse grew to become the largest tourism event that the Windy City sees all year long, with contestants and attendees coming from all over the world to see who will be the next International Mr. Leather.

The AIDS crisis took a terrible toll on the Leather Community. But, it also instilled in us a sense of responsibility for taking care of each other. When the lesbian and gay community fought for our lives, largely ignored by the heterosexual majority, the Leather Community raised money for AIDS research and to care for our brothers who were battling the disease.

And here we are today. Whereas there used to be stigma, even among the LGBT community, about those leather-clad deviants, now, people who have never wielded a flogger—or taken a flogging—think nothing of putting on a harness and heading out onto the dance floor. And, although “being into Leather” was once strictly understood as bondage, domination, submission, Mastery and slavery, with maybe motorcycles and a few notable fetishes thrown in, now pups and handlers, furries, littles, cosplayers, and the list goes on, join in the fun at our events. Spaces once limited to gay men now welcome the full spectrum of LGBTQ, with non-binary, genderqueer, asexuals, and the label-defying declaring, “yes, this is my community and these are my people.”

So what is Leather? If the missionary position with the lights out doesn’t begin to satisfy what you want and need from sex, and you want something riskier, more intense, in encounters where more seems to be at stake, and if the vast majority of people you find attractive just aren’t game for what you want to do but you hope that somewhere out there is your deviant counterpart, then the Leather Community might just be the place where you find what you are looking for.

This may be a good place to introduce yourself and your site or include some credits.

This may be a good place to introduce yourself and your site or include some credits.